I am an artist from Newcastle who makes work about her interaction with subjects who find themselves, or are put, in situations that are outside of most of our lived experience. This has included 'Porculpa - Cat in Zero Gravity' (2008), in which I chartered a zero-gravity plane with the Russian Space Agency to film a cat and two mice in weightlessness. This film went viral on YouTube with nearly 2 million hits and lead to my fascination with the human and non-human animal survival instinct, our limited autonomy in moral and legal systems. In 'The Mexican Mafia and Me' (2015) I collaborated with a prisoner on San Quentin's Death Row who was convicted of murder. We exchanged letters and drawings (some of which were sent to him by other women) and I told his story in embroidery, film and animation. I am currently artist in residence at a ‘Prepper’ site (575 bunkers wide and 3/4 the size of Manhattan) in South Dakota called Vivos X Point, where their seemingly eccentric action of self-exile became surprisingly prescient as COVID-19 hit. 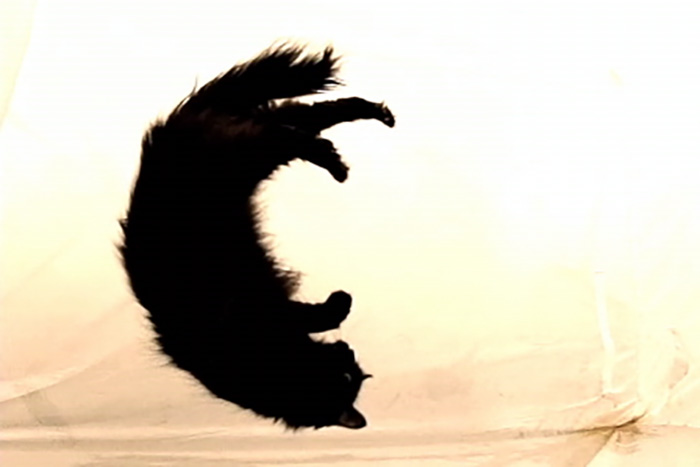